Association of Journalists, Publishers and Broadcasters “Novomedia”, expresses the concern about the increasing amount of preconceived and nonobjective review of religious theme in Ukrainian mass media. We see the new series of materials about so called “new religions” or “sects”  on the air of the national television channels (1+1, СТБ, ICTV and others) and at the pages of the printed press (“Dzerkalo tyzhnya”, “Delo”, “Komsomolska pravda” and others). Almost all these publications and television reporting deface the facts about officially registered Christian protestant churches (Charismatics, Pentecostals, Baptists and others) in Ukraine.

We emphasize that in such a way Ukrainian mass media disseminate non-tolerant views and provoke the religious hostility in the society. The employees of mass media demonstrate the lack of essential knowledge and professional skills in religious themes review. We also have to intend that journalists and mass media carry out somebody’s order for blurring the good name of Evangelical churches and hundreds of thousands of their believers.

Moreover, we should pay special attention to the last few grievous cases.  So the real indignation of the audience and journalists induced the news stories of Valentina Dobrota in  air of 1+1 Channel (from 14 till 16.11.2007), that had the biased and manipulative nature.

The characteristics of the professionalism in journalism always considered to be an unbiased review of any events or phenomena, giving the opportunity for all the sides to express their point of view. Unfortunately, we had no chance to see that in the reporting of Ms. Dobrota on 14.11.2007. Instead of this there was a straight manipulation of the social opinion. Many accusations towards Evangelical churches occurred in the news story without convincing proof of any quilt or confirmed facts concerning their destructiveness. There were only emotional expressions of “suffered relatives” and “experts”, who never pointed to any of protestant churches of Ukraine. Thus the absence of the clear enumeration of “destructive religions” lead to the fact, that under the artificial definition “sect” go protestant churches, which are official according to Ukrainian legislation and have long history at the territory of Ukraine. Instead, any pastor or protestant clergyman had a chance to comment these incriminations.

Such reportings at 1+1 and other TV channels of Ukraine we consider to be offensive for the religious feelings of protestant denomination of Ukraine.

The series of so called “agnti-sectorian” publications in the newspaper “Delo” arouse the astonishment as well. In these publications journalist Vladislav Pavlov calls the evangelical believers week, crippled people, who are not able to think logically and take a right choice in their life. The author of the publication gives his subjective surmises and assumptions out to be an authoritative conclusions, that he has got during the own journalist investigation. Instead, the conclusions of the real experts and theologians do not occur in these materials. We have to emphasize, that Pavlov himself mixes up the facts about this or that religious denominations. His analysis of religious organizations is rather superficial. All these facts testify that the aim of the reporting series was not the impartial review of the Evangelical churches activity, but a good planned dissemination of definite stereotypes concerning them, that may be favorable to some third side.

We would like to lay special emphasis on the fact, that the usage of the terms “adept”, “sectarians”, “destructive cults”, “brainwashing”, “recruited” and so on are not inadmissible for hundreds of thousands of Ukrainian citizens, who are parishioners of different Evangelical churches. Such definitions do not have any scientific, historical or religious background, but only lead to the next split and opposition in the society.

We have to remind, that according to the Ukrainian legislation “any straight or indirect limitation of the rights, establishment of direct or indirect preferences for citizens based on their attitude for religion, as well as connected with it fomentation of the hostility and hate or hurting the feelings of the citizens lead to the responsibility before the law (The Law of Ukraine “On the freedom of conscience and religious organizations”, Artice 4).

We draw attention of the journalist to the fact, that Christian protestant churches in Ukraine play an important social role in the work with people of different social class.  These communities are actively anxious about the gravest problems of the society and try to solve them: AIDS, alcoholism, drugs-addiction, immorality, abortions, homeless children; they long to defend the public morality, contribute to the revival of spirituality and the increase the role of the family in the society. All this undoubtedly deserves to be told in mass media and the dignified estimation of this work by the state. However this information is not interesting for most of the journalist and editors because of the very fact, that it is deprived of the scandalous features and commercial attraction as a result.

When in the informational reporting it goes about big families, who adopt orphans, the mass media forgets to mention, that these people are evangelic Christians. It happened, for example, with Ukrainian family, who adopted AIDS positive child. The same people, who journalists called “sectarians” get high state awards from the President and the Ministry of Ukraine, have strong social support.

We ask our colleagues: why protestant Christians who has a long history are mentioned in mass media only in case of next “witch hunting”; who has a profit from the “anti-sectorian” hysteria in Ukraine? Why are journalists not ready for open public discussion of place and the role of Evangelical communities in Ukraine? The leaders of Ukrainian charismatics, baptists, pentecostals and other Christian unites are ready for that.

Considering the present religious hostility tendency and the stated cases of it in mass media:

1. We request the Ukrainian State Committee on Television and Radio Broadcasting, the Parliamentary Committee on Freedom of Speech and Information, the National Counsel of Ukraine for Issues of Television and Broadcasting, State Committee for Nationalities and Religion, Prosecutor General’s Office to protect the society from non-objective and ordered information about Christian Evangelical protestant churches. We also request to inform in the term set by the law about all steps taken.

2. We demand official and public apologizes of 1+1 Channel administration, journalist Valentina Dobrota, editor-in-chief of the Newspaper “Delo”, journalist Vladislav Pavlov for the untruth they spread through mass media, which defamed hundreds of thousands of Ukrainian believers and offended their religious feelings.

3. We draw attention of Ukrainian mass media and journalists at the point, that protestant evangelical churches has nothing in common with “Bile bratstvo”, mormons, scientologists, Jehovah’s Witnesses and other religious organizations, which do not practice the fundamental doctrines of the Christianity and the Nicene Creed.

4. We urge Ukrainian mass media to be suspended and objective in reviewing religious theme, and also to respect the religious feelings of Ukrainian citizens, to esteem the liberty of conscience, guaranteed by domestic and international legislation.

Ratified by a solid vote at the meeting of Novomedia Association board of directors
(report № 8, 11/23/2007) 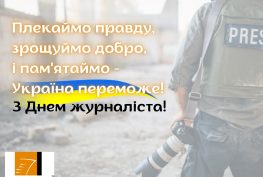 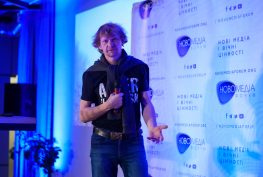 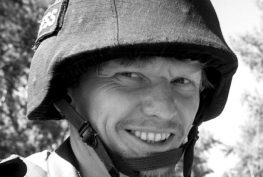 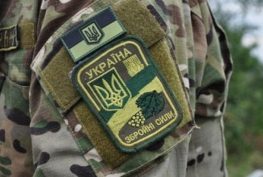